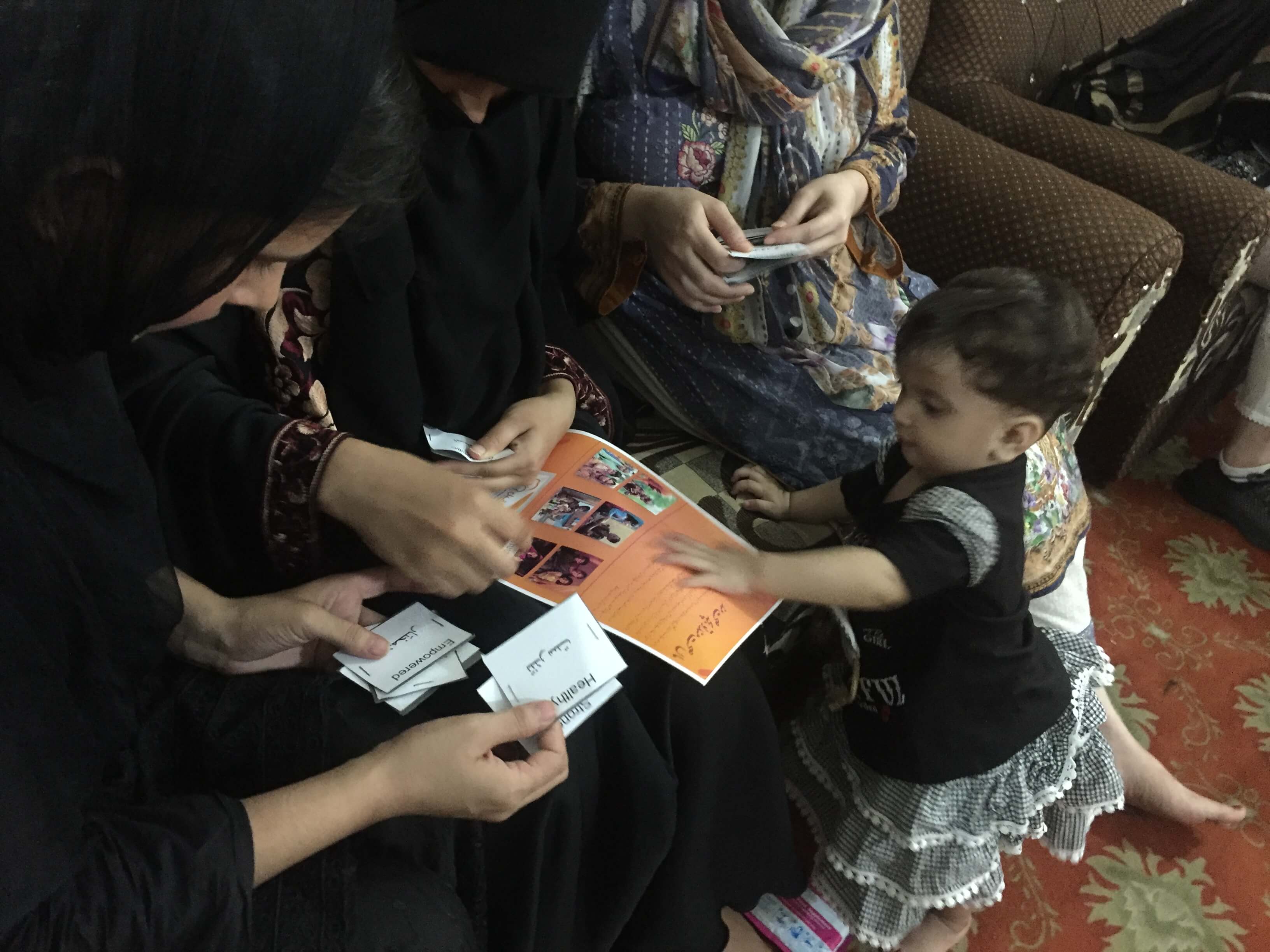 Studying the nutritional needs of

The global burden of maternal malnutrition is alarmingly high, driven by poverty, low literacy and poor dietary habits. The problem is even worse in Pakistan, where too many women do not receive adequate nutrition during and after pregnancy, when nutritional vulnerability is at its peak. We partnered with a global consortium to design and promote the use of a protein-based supplement for these women.

Understanding the behaviours, influences and perceptions of pregnant and lactating women regarding their nutritional needs through observations and contextual inquiries. Our partners co-created prototypes for marketing collateral that tap into existing behaviors, worked out a balance between affordability and quality, and put in place separate distribution strategies for rural and urban.

The resulting prototypes were tested through focus groups and individual interviews, not just with women, but also with husbands, community leaders, healthcare providers, and other individuals who influence their decision- making. We were closely involved in the final iterations based on the feedback we received, and the supplement is set to hit the market later this year.