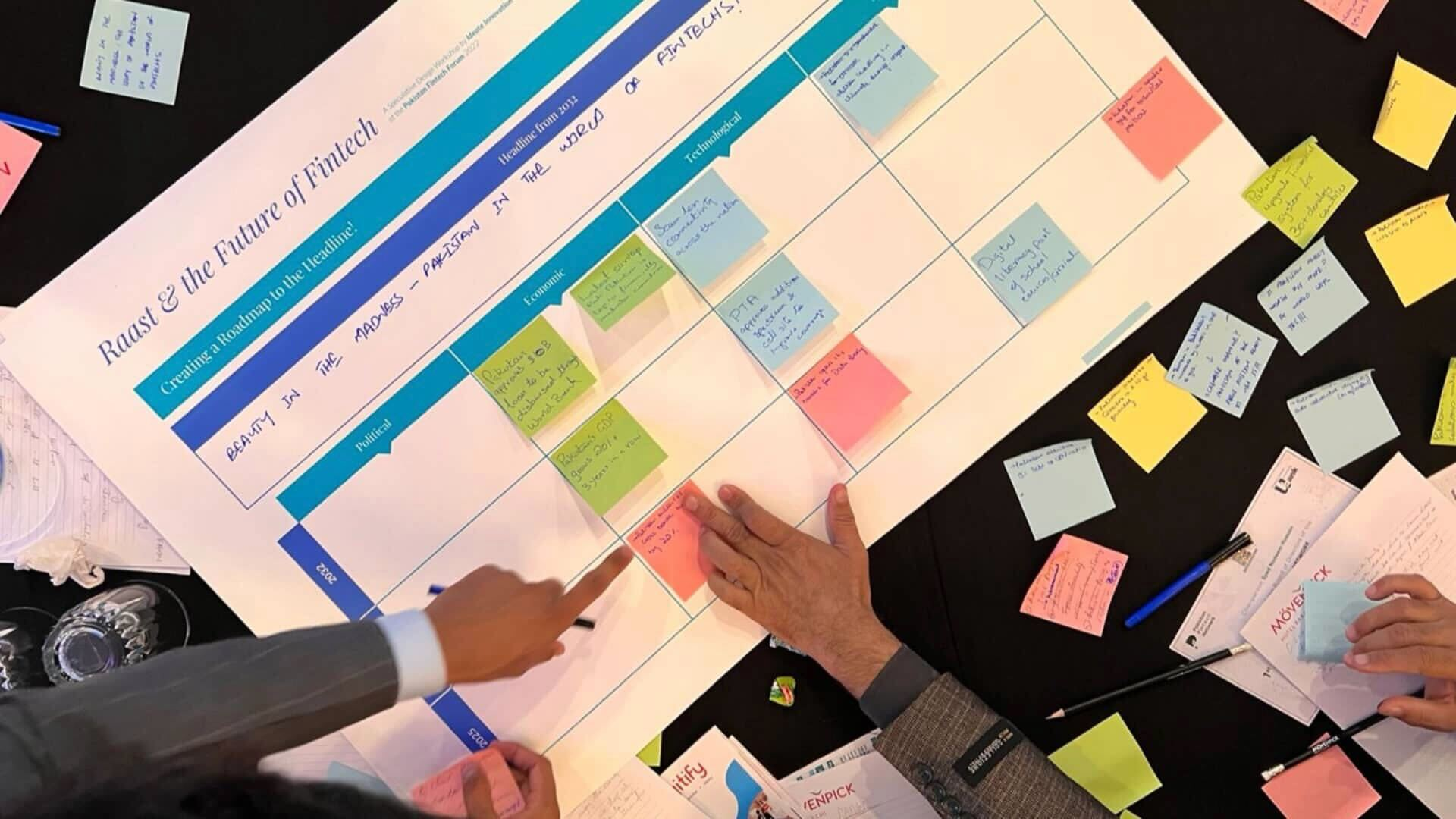 Karachi, SD (November 24, 2022): Leaders and professionals from Pakistan’s fintech community gathered at Pakistan Fintech Network’s (PFN) invitation for a workshop led by Ideate’s Head of Design Ali Murtaza. The objective of the workshop was to bring stakeholders from the fintech sector under one roof to discuss the future of the industry. Specifically, the hosts wanted to understand the expectations and impact of Raast, the end-to-end digital payment system launched by the State Bank of Pakistan.

Organizers shared that they were aligned on making the workshop as productive as possible with a view to setting the tone for all future discussions on fintech’s role in Pakistan. They particularly wanted to avoid prolonged discussions on common pain points like stringent compliance requirements in Pakistan. Instead, they encouraged participants to ideate possible solutions and work around the existing regulations.

The format of the workshop followed a speculative design approach. Mr. Murtaza asked attendees to brainstorm a headline in the year 2032 that would report a desirable milestone for the fintech industry. Next, the attendees reverse-engineered from the 2032 headline to develop a 10-year plan to achieve the listed milestone. The long-term plan was broken down into two-to-three-year phases as actionable short-term objectives.

“Unless we think in longer time scales, we will be trapped in what’s happening right now. The reason to organize this was to help fintech leaders think long-term,” said Mr. Murtaza in the aftermath of the workshop. “We would want to build a cohesive future where public infrastructure like Raast can facilitate fintech’s growth in Pakistan.”

Both Ideate and PFN felt the speculative design approach was a success given the enthusiastic responses from the participants. They collaborated to visualize a future for fintech and produced actionable objectives for the long term. The workshop was also constructive in determining what role Raast would play and how it could better serve both individuals and businesses.

"Raast is the aggregator for the whole fintech ecosystem. It is very important for the industry players to understand the concepts related to Raast for the future of fintech in Pakistan," said PFN CEO Fahad Sajid.

Seeing the utility for fintech stakeholders, PFN expressed its commitment to sharing its platform with Ideate for similar fruitful events in the near future.